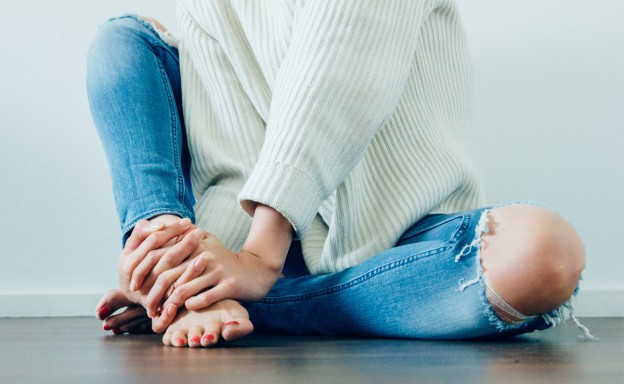 Stem cells have been making headlines in recent years for their unique role in regenerating damaged tissue and even growing completely new tissue and organs. Now, researchers from Tufts University School of Dental Medicine and the Sackler School of Graduate Biomedical Sciences at Tufts say they’ve found a way to use wound tissue from diabetic foot ulcers to grow new tissues that could aid in healing those ulcers.

From Wound Cells to Stem Cells

For this study, researchers wanted to develop detailed “living models” of wounds to understand why diabetic foot ulcers resist “normal” healing. They began by taking foot ulcers and “reprogramming” them, turning them back into pluripotent stem cells. These special cells are similar to embryonic stem cells, with the capability to turn into any other type of cell, including specific types of cells that play a critical role in wound healing.

Next, the researchers used 3D engineered tissue models to test the properties of diabetic foot ulcer cells and to track the wound-healing process, identifying “stumbling blocks” that interfere with normal healing in these wounds. They found ulcer cells have difficulty forming a protein called fibronectin, which forms a kind of supportive scaffolding that’s necessary for wound repair. Interestingly, fibronectin-related problems have also been linked with kidney disease and other diabetic complications.

The 3D wound modeling technique lets researchers gain a clearer understanding of diabetic wound healing and of the fundamental defects in cell structure and function that interfere with normal healing. Eventually, these findings may lead to more effective wound therapies, the researchers said.

“The development of more effective therapies for foot ulcers has been hampered by the lack of realistic wound-healing models that closely mimic the function of the extracellular matrix, which is the scaffold critical for wound repair in skin,” the researchers noted. “These models will be a great way to test new therapeutics that could improve wound healing and prevent limb amputation which can result when treatments fail.”

The stem cell-derived tissues also may prove to be an effective means for healing ulcers directly, they added, by replacing damaged, dead tissue with new, stem-cell derived tissue.

The Tufts University study is just one of several diabetic foot ulcer studies that show significant promise for future treatments. As a nationally recognized podiatrist and a leading clinical researcher, Dr. Felix Sigal actively participates in clinical trials aimed at identifying new and promising therapies, enabling his patients to have access to cutting-edge treatments and novel, state-of-the-art therapeutics.

To find out more about diabetic foot ulcer treatments or to learn about current and upcoming clinical trials, call the Foot & Ankle Clinic at 213-365-0793 and schedule your consultation today.