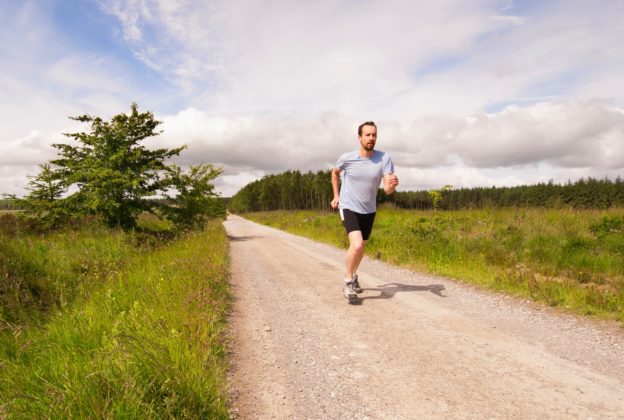 Plenty of studies have been conducted showing the value of regular exercise on reducing the risks associated with type 2 diabetes — yet despite the preponderance of the evidence supporting the benefits of exercise, motivating patients to exercise — and to be active on a regular, daily basis — still remains problematic. But for all those diehard couch potatoes who will do just about anything to avoid a regular exercise routine — and for those who have disabilities that make regular exercise impossible — researchers at the University of Leeds may have stumbled on a potential alternative: A pill that mimics at least some of the physiological responses of exercise, enabling patients to tap into many of the same benefits without the workout.

Dubbed Yoda1 for the lovable Star Wars character, the protein compound acts like a naturally-occurring protein called Piezo1, which is located inside arterial walls and senses when the body is exercising. Piezo1 acts to increase blood pressure and blood flow during exercise, but not when the body is at rest. The interactions between the protein and tiny channels inside the arteries improve vasoconstriction, the natural “squeezing” response of arteries necessary for optimizing blood flow during physical activity.

Mimicking the Benefits of Exercise

Based on their findings, the researchers believe a drug using Yoda1 could be used to replicate many of the benefits of exercise without the need to actually perform physical activity. Such a drug could have far-reaching implications for people suffering from diabetes as well as those with other diseases like cardiovascular disease. In those who do exercise, the drug may amplify the benefits of activity, the researchers said.

To date, the effects of Yoda1 have only been tested in mice trials, which the study’s authors say have paved the way for additional laboratory tests to confirm the safety and efficacy of the drug. Still, despite the promising initial results, they say it will be years before human clinical trials are performed, and still longer for any drug to become widely available. Until then, physical exercise is still a vitally important part of controlling type 2 diabetes, preventing complications, and potentially reversing some of its negative effects.

About 100 million people in the U.S. have diabetes or are at risk for developing the disease, and most of those cases are type 2 diabetes. Diabetic foot ulcers are one of the most common and most serious complications associated with type 2 diabetes, causing serious infections and significantly increasing the risk for lower limb amputations. As a top podiatrist in Los Angeles, Dr. Felix Sigal has extensive experience in diabetic foot ulcer treatments and prevention strategies to help men and women prevent serious complications. At the Foot & Ankle Clinic, Dr. Sigal provides patients with custom treatment solutions based on their needs and actively recruits for ongoing clinical trials to help patients gain access to safe, effective treatment options as early as possible. To learn more about the Foot & Ankle Clinic and the treatment options we offer, call 213-365-0793 and schedule your consultation today.