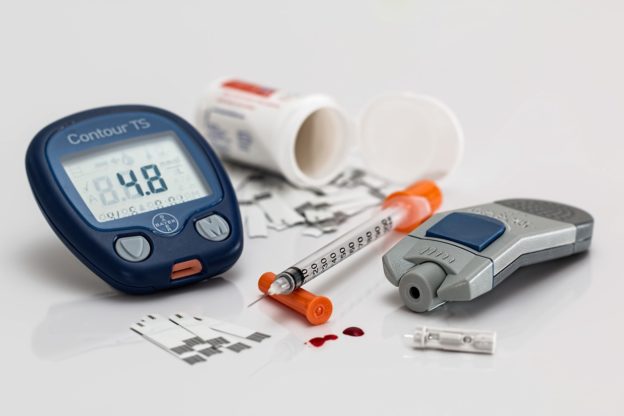 A new type of immunotherapy promises hope for people newly diagnosed with type 1 diabetes, according to a study conducted by researchers from Cardiff University School of Medicine in the United Kingdom. The study and its results were recently published in Science Translational Medicine, and focused on patients who were injected with the immunotherapy agent called human leukocyte antigen-DR4 (DRB1*0401)-restricted immunodominant proinsulin peptide.

Unlike type 2 diabetes, which is a metabolic disorder typically triggered by insulin resistance and obesity, type 1 diabetes is caused by an aberrant immune system response that results in damage and destruction of beta cells (Ꞵ cells or islet cells), special pancreatic cells responsible for producing insulin, which in turn plays an essential role in regulating glucose (blood sugar) levels. Immunotherapy treatments seek to regulate the abnormal immune system response that causes immune agents to attack and destroy Ꞵ cells. Although peptide therapy has been shown to be effective in treating certain types of allergies, their use in treating autoimmune diseases has not been as rigorously evaluated. The therapy studied by these researchers was well tolerated by patients and did not act to speed up Ꞵ cell decline, the authors noted.

During the study, the immunotherapy agent was injected into newly-diagnosed diabetic patients every two or four weeks for six months, while a second group received placebo injections. Patients were evaluated for local and systemic reactions as well as overall efficacy of the treatment in helping to promote healthy Ꞵ cells and effectively manage insulin levels. To measure the efficacy of the therapy, the researchers measured patients’ C-peptide levels using regular blood tests. C-peptide levels generally coincide with insulin levels in the blood since both C-peptide and insulin are “linked” when insulin is initially produced in the pancreas. Typically, C-peptide levels decrease as insulin production declines, and as a result, measuring C-peptide levels can provide an accurate assessment of insulin production.

As the study progressed, the researchers noted a “significant decline” in C-peptide in patients injected with the placebo in blood tests conducted at three, six and nine months, while no change in C-peptides was noted in the group injected with the immunotherapy agent. In addition, the researchers found that in the placebo group, insulin use increased by 50 percent, with no change in insulin use in the group receiving the agent.

“Proinsulin peptide immunotherapy is safe, does not accelerate decline in β cell function, and is associated with antigen-specific and nonspecific immune modulation,” the authors noted.

About 3 million people in the U.S. suffer from type 1 diabetes, and each year, about 30,000 new cases are diagnosed, including both children and adults. People with diabetes are much more likely to experience circulation problems and nerve damage, both of which can have serious consequences throughout the body. In fact, circulation and nerve-related problems significantly increase the likelihood of foot and lower limb amputations in patients whose diabetes is not well controlled.

Dr. Felix Sigal is a leading provider of podiatric care for patients with both type 1 and type 2 diabetes, offering cutting-edge therapies at the Foot & Ankle Clinic in Los Angeles. The center also actively participates in clinical trials evaluating new, promising treatment options for diabetes to help patients throughout the greater Los Angeles metro area enjoy optimal care for their diabetes. To learn more about the clinic or to find out about clinical trials and other treatment options, call 213-365-0793 and schedule a consultation today.